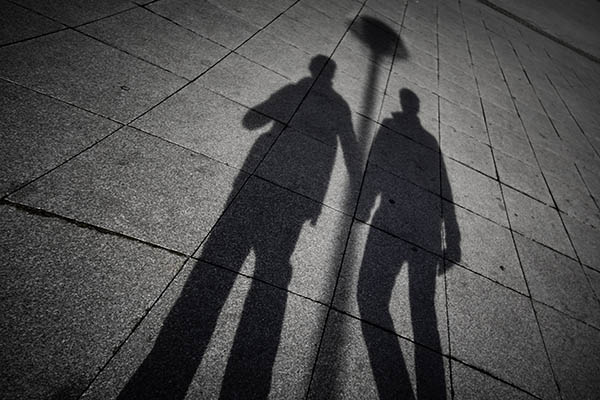 Heterosexuality and monogamy are so privileged by Western society that when homosexual or gender-fluid relationships are allowed—or even sanctioned—their validity and functionality are still judged against a heteronormative, monogamy-normative standard (mononormativity). While heteronormativity as a societal value privileges heterosexual nuclear families, mononormativity privileges couple-ness and uses it as a standard for measuring mental health, value of relationships, and functionality in the world. Even among many psychotherapists, a client’s ability to carry on a monogamous, long-term relationship is used as a standard for judging his or her emotional health. While some clients avoid monogamy because they are avoiding intimacy, many are not: Many people hold monogamy as an artificial standard imposed by evolution, the state, and/or organized religion.

People who prefer not to be in an exclusive couple, who might do better with open relationships, asexuality, polyamory, or just plain anonymous sex (with emotional needs being met elsewhere) are thus judged to be somehow “less than,” because they do not aspire to romantic couple-ness. While these people are often looked down on as emotionally immature or unable to commit or even intimacy-averse, we had much better look at how these individuals are identifying and embracing their wants and needs and rejecting those they are “supposed” to be having only because society or their own internalized societal rules tell them to. Are these non-traditional relationships working for the partners? Researchers in a 2015 study* found no difference in the participants’ scores on health/well-being, relationship quality, and sexual satisfaction.

Using the inclusive term “(non)monogamy” to describe all the ways in which emotional and sexual exclusivity are navigated, the authors of this study write, “(non)monogamy lies on multiple continua of physical and emotional involvement with one or more partners.” Those multiple continua allow us to move away from binary viewpoints of human needs and apply a more nuanced and humanistic lens to our relationships, whether emotional, sexual, or both. People in these nontraditional relationships also need to be capable of enjoying such “alternative lifestyles” despite the possible judgment of friends, family, and society, as well as the internalized set of subconscious norms that we all bring with us into relationships—possibly even including jealousy and possessiveness. Thus, clear-headedness about one’s own wants and needs and capabilities is necessary, as well as explicit, agreed-upon rules for all partners (which always remain open to renegotiation).

With clients who find themselves puzzled and ambivalent about monogamy, I have often worked to help them evaluate sexual needs and attachment needs as two separate but sometimes overlapping drives. By this I mean that we can see a drive for sexual expression (deriving from hormones and libido) and one for attachment needs (deriving from the need to belong, to feel loved and connected to another human). Like two partially overlapping circles in a Venn diagram, these two drives can combine to form a romantic drive, in which sex and love are combined. Sometimes, however, there is no overlap, or an overlap such that the vast majority of sexual and attachment needs fall outside the overlap area. One reading of Freud interprets the Oedipal crisis as one in which these two drives are “supposed to” link up. For many of us, this simply failed to happen, or happened in a way that was fraught with complications.

Our job in therapy is to identify a client’s wants and needs with regard to sex and love and to reflect on these while asking ourselves how well they are going about having these met. Often this also reveals what clients are capable and incapable of. By doing this we can find a place of acceptance and self-compassion for being who we really are and rejecting outside standards that have nothing to do with our own sense of satisfaction and happiness within our own hearts and bodies.