The Mysteries of Masculinity 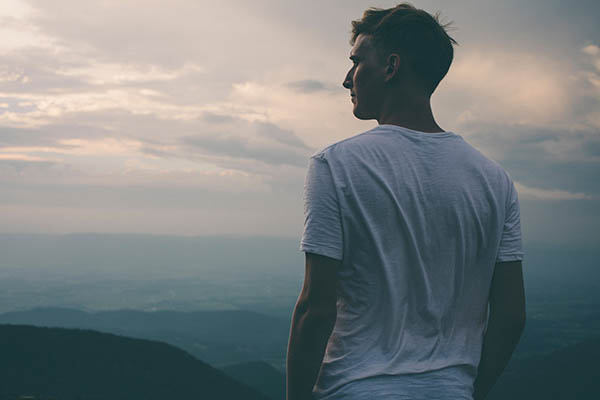 When I was a child, my parents gave me a framed copy of Rudyard Kipling’s poem “If,” which ends (after an endless litany of requirements) with the punch line: “You’ll be a Man, my son!” The truth is, if you can follow all the dictates outlined in that poem, you’ll be a Saint, my son! There seems to be no end of measurements of what it is to be a man, what it is to be masculine.

Whether straight, gay, bi, trans, queer, or questioning, men all share the common curse of being measured for—and measuring themselves for—masculinity. Males, no matter their sexual orientation, all seem to struggle with the issue of what is to be and to appear to be masculine. In the 1960s, the women’s movement began the modern discussion of the meaning of gender identity, throwing off the 1950s’ ideal of submissive housewife and accepting that there are many different kinds of femininity. But men never seem to have gotten beyond the shock of the Alan Alda-type “sensitive man” as the 1970s’ antidote to the 1950s’ John Wayne-type “stoic man.”

In many ways, the John Wayne stereotype is with us stronger than ever, as evidenced by the misogynistic, immature, narrow-minded, school-yard bullies currently occupying positions of power. While GBTQQ men have already broken the “norm” by allowing themselves to break the expectation of heterosexuality, they still fall victim to being measured for masculinity and to finding their place among the outlines of mainstream American cultural expectations.

It is understood that these various versions of masculinity are all social constructs and we internalize them. They are rooted in biology, true, but constructed nevertheless. The identification as masculine can be daunting for men who don’t easily fall into our stereotypical versions of masculinity: tough-guy truck drivers; wise and erudite teachers; vital, rebellious artists; emotionally vulnerable and physically beautiful actors; successful businessmen; caring family men; competitive athletes, and on and on and on. Which of these conventional stereotypes lies nearest your version of masculinity?

There are many ways to consider masculinity. In a famous exercise now fairly common in typical college-level human sexuality classes, students are asked to place themselves on each of the following continua of sexual and gender expression—without expectation of their alignment in any way—between masculine and feminine.

In an illuminating book about Jungian masculine archetypes, authors Robert Moore and Douglas Gillette discuss four basic male energy fields, coincidentally the title of their book: King, Warrior, Magician, Lover. While each of these archetypes describes a kind of masculine-associated energy and role—executive, active, creative, and feeling—they are each detailed in their active and passive incarnations, as well as their childish (immature) and adult (mature) versions.

No matter what our particular mixture of predominance and subordination of these various male energies, roles, and archetypes, it is incumbent on us to move beyond their childish, immature manifestations and work on becoming truly mature, responsible, vital, and generative men. In this journey, straight, gay, bi, trans, queer, and questioning men all come to therapy in an effort to discover the type of real man they are meant to be. The work of therapy is to discover your own particular brand of masculinity, to rest easy with it, to wear it proudly, and to understand that there is so much more to being a man than simple possession of a penis.