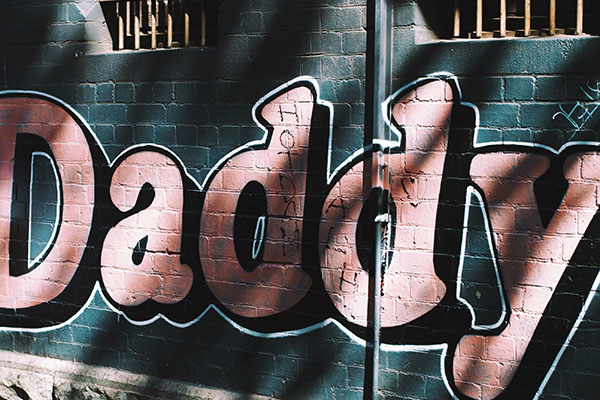 Many men, not only gay men, have issues with their fathers. Dozens of books have been written on the way that mid-century North American male culture de-emphasized emotional relationships between fathers and sons, and instead focused on competition, stoicism, and independence. As a consequence, boys often grew up with men who taught them that a man favors conflict over compromise and is distant and uncomfortable with emotions. Straight boys, however, could still find role models in the general culture—every movie and TV show showed straight boys how to be men. For gay boys there was no such thing. In fact, for anyone who did not see himself as mainstream and straight, there were no role models at all.

When doing therapy, it’s easy to get stuck in “what I didn’t get,” or “why I didn’t get it,” or even “let’s blame the person who didn’t give me what I needed.” And while it is important to understand what went on back then (and what coping mechanisms we adopted to survive those circumstances), it is equally important to learn how to provide that missing “thing” for ourselves. Now that we are adults ourselves, no parent, no friend, no addiction, and certainly no “one-and-only” can provide it for us now.

Which brings me back to Daddy Issues and the missing “father energy.” How do we provide that missing male role-modeling for ourselves?  By this I do NOT mean some stereotypical, broadly defined ideal of what your culture tells you a man should be. No, I mean that the male role model you provide yourself be the very specific kind of father figure that you need—a male role model for someone with your particular personality, quirks, and needs. For some, that might be a more involved father; for most I suspect a more tender and open one.  And how about one who would help and encourage you to grow and blossom in your own particular way—be it gay, straight, trans, bi, queer … or any shade in-between. What’s more, that father figure would be teaching you and reinforcing in you what it means for YOU to be a man with strength and self-confidence.

Finding out who that inner father figure is, and learning how to create him and call on him for yourself is the work of therapy. In a later article I will begin to describe the work needed to define a male role model who is right for you.